The Gregynog Statistical Conference is a long running conference, now in its 52nd year. This conference has been running since 1965. The conference has such a long history that its origins predate box-and-whisker plots, bootstrapping and the R language. But statistics has clearly been relevant and important for the last 52 years and will no doubt remain so for the next 52 years.

Gregynog Hall, where the conference is held every year, is in the heart of mid Wales. It is a beautiful old mansion bequeathed to the University of Wales by the Davies sisters, and now used for conferences, music festivals and educational activities, such as our computer science undergraduate weekends away. 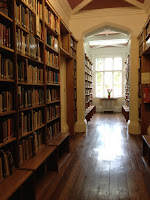 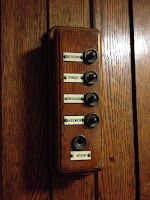 This year the conference main themes seemed to be modelling of epidemics, using variants of S-I-R models, MCMC and Markov models in general. Another topic for discussion was p-values, following the Friday evening after-dinner talk on this subject by David Colquhoun. The statistical power of experiments and meta-studies to combine data from smaller studies was also a recurring theme. Some of the talks I enjoyed were by Ruth King, who described how to include time spent in each state (dwell time) in a Markov model, and Simon Spencer who explained S-I-R epidemic models and went on to use MCMC and importance sampling to estimate his model parameters. Also Chris Jewell, who described the challenges of modelling vector-borne disease outbreaks in cattle in New Zealand, while at the same time providing real-time advice to government on how to manage the course of the disease. 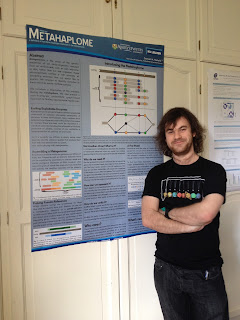 The poster session was a little haphazard. Somehow the posterboards hadn't arrived so posters were bluetacked to the cupboards, blackboards and walls. But the range of topics was good, from Sam Nicholls' work on modelling the metahaplome in metagenomics, to students from Warwick working on the approximation of integration and partial derivatives using Gaussian functions, and a meta-analysis of studies on delayed rewards and delayed penalties (receiving £10 today instead of £20 next week, vs minus £10 today instead of minus £20 next week).

Hopefully another new statistics lecturer will be joining our maths department shortly, as we're recruiting at the moment. Statistics underlies almost every area of research now, particularly in the sciences. We do need to make sure that we keep talking to the expert statisticians regularly.
Posted by Amanda Clare at 19:16